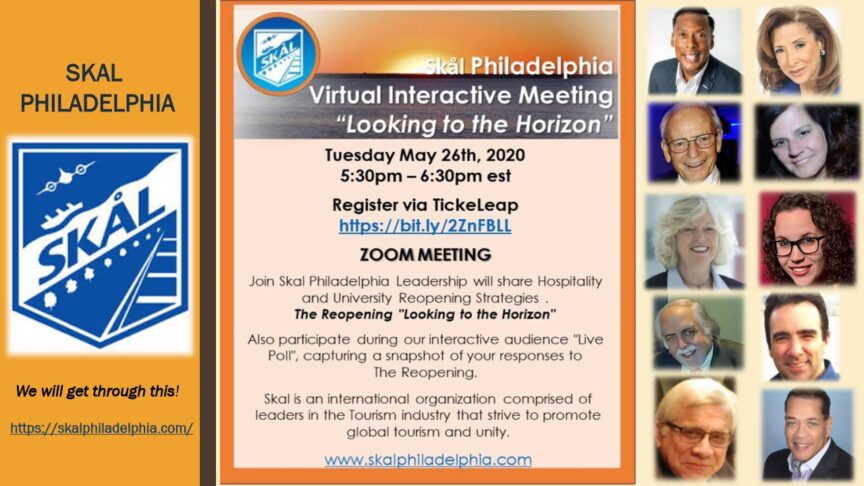 Skal Philadelphia hosted a very successful townhall event on Tuesday May 26th! There were over 25 people in attendance from varying Skal Clubs throughout the country.

During the event, there were updates from our board members regarding the current events, hotel status, and college updates. There was also a participant poll that rendered the following results:

Stay tuned for the next Skal Philadelphia event on Tuesday, June 23rd!