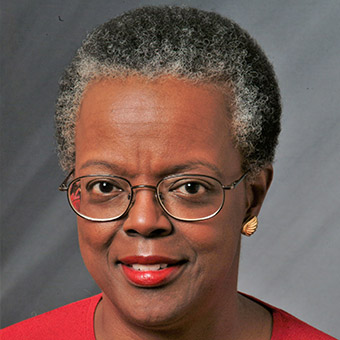 Our friends from Skal North Jersey shared a great article, featuring one of their members, Gloria Hobbins, as featured in Travel Weekly:

Black travelers, then and now

In 1995, Gloria Hobbins left a 26-year career as a telecommunications systems analyst and decided to turn her hobby, dabbling in travel planning, into a career. She enrolled in New York University and completed her master’s with a thesis titled, “An Ethnohistoric Analysis of African American Travel.”

Hobbins, president of Global Village Travels and a founding member of Northstar Travel Group’s Black Travel Advisory Board, recently shared that paper with me. (Northstar is Travel Weekly’s parent company.)

The question she had set out to answer, as a Black traveler and scholar, was: “Do we travel, and if we do, why are we traveling, where do we go and what do we do when we get to our destination?”

The answer turned out to be more nuanced than she imagined.

Within the document, she interviewed Caletha Powell, co-founder of the African American Travel and Tourism Association, an economic development organization. “The thing that drives the industry,” Powell told her, “is the data.”

Which turned out to be a problem. In her thesis, Hobbins again and again notes the paucity of data about Black travelers in 1996.

She contacted urban tourist boards, and only Philadelphia reported that it both courted Black visitors and also measured the results of that effort in economic terms. The city earmarked 10% of its $6.5 million tourism promotion budget for multicultural marketing, and the direct economic impact of Black visitation that year was $345 million.

Detroit reported that 40% of its convention business in 1993 came from African Americans, but tourism officials hadn’t aggregated their full economic impact.

In other places, she notes, “the data simply is not there.”

In the absence of hard travel numbers, she turned to demographic data and anecdotal interviews that indicated Black Americans were significantly better educated and wealthier than previous generations, and there was evidence to suggest they were traveling more and farther afield.

A 1993 report produced by the Travel Industry Association of America (now U.S. Travel), and updated in 1996, provided some interesting factoids about Black travelers but did not size the market in dollars.

A study that came out subsequent to Hobbins’ research does add perspective. In 2010, Mandala Research produced “The African American Traveler,” a project to benchmark Black travelers’ preferences and spend. It was updated in 2018.

The 2010 project sized the Black market at $48 billion. The 2018 report put the number at $63 billion and notes that the later number, adjusted for inflation, represents an $8 billion increase.

Hobbins had been told that data drives the industry, but it likewise requires context. One theme had surfaced and resurfaced stubbornly as she researched her 1996 paper: “This study did not set out to be a discussion on racial discrimination,” she wrote, “but as I dug deeper into Black travel and tourism, it simply asserted itself. From every angle and perspective, it was ever-present.”

Is there data to measure that aspect of the Black travel experience? Interestingly, there is, though by extrapolation. In 1996, Hobbins had found a survey published by the Council on International Educational Exchange about Black college students at Michigan State University who were considering a study abroad program.

Of those who chose not to go abroad, 14% said they wouldn’t because they feared discrimination.

It’s not apples-to-apples, but in response to the 2018 Mandala question about barriers to travel, “racial profiling” remains a concern for 15% of Black travelers, a greater worry than terrorism or hassles at the airport. And 13% said they “sometimes fear for my safety traveling to places where there are not a lot of other African Americans.”

Some things resist change, but the Mandala report does offer encouraging news for travel marketers wooing Black travelers. Comparing the 2010 survey with the 2018 update, the size of the market is larger, average spend has increased and, importantly, the median number of trips taken annually has increased from two to three.

Hobbins calls her thesis “a time capsule,” and side by side with the current Mandala report, it offers a fascinating glimpse into what has changed and what remains.

Powell was right. Data does drive the industry, and travel companies and destination marketers have a sizeable yet underserved market to pursue once travel comes off pause. Now is a good time to start planning.

Note: When I contacted Laura Mandala about her report, she offered Travel Weekly readers a “Covid” discount of 40% on the research, using the code 40DiscountLM at www.mandalaresearch.com/reports. She’s also preparing the next wave of the study and said additional questions can be included for a fee.