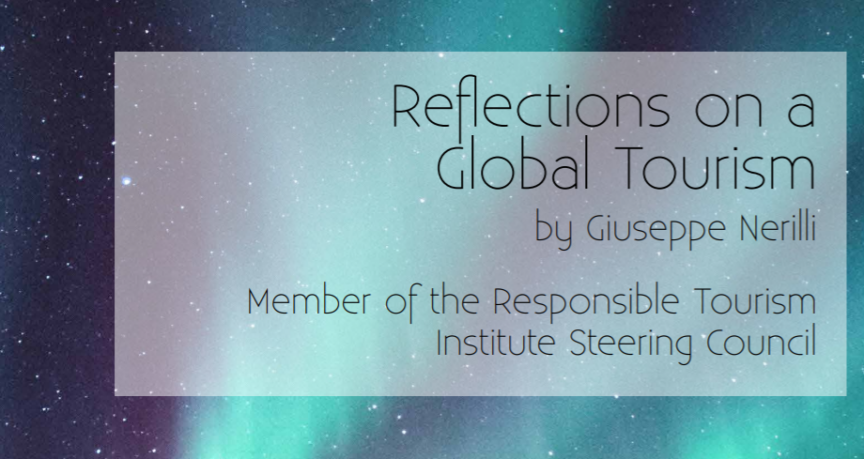 Check out this article from the latest Skal International Magazine:

If there’s something that has become clear after this crisis, in which Tourism in particular is one of the most suffering sectors, is that the sector is not prepared to face on such large disruptions. And the worst thing is that, between global warming and loss of biodiversity, this crisis seems to be only the first. Now, many countries are already emerging from the emergency phases and are preparing to put in place plans to relaunch the economies and restore liberties. In this context, some of the most powerful branches of the Tourism sector are bidding for everything to go back to the way it was before, trusting that with their strength in the market they will be able to impose a model that is already very far from the collective imagine of the post-crisis tourist. On the other hand, everything points to a new paradigm of the economy in general and Tourism in it. This paradigm, which was already being developed and implemented before the crisis, such as the EU Green New Deal, and which i reaffirmed today and which is presented as the only viable option. That is to say, a development of the Tourism sector in which only a few still see in the overcrowding an opportunity or a desirable situation, but rather the perception of the quality of proximity Tourism is consolidated in all senses, both in the vicinity of the destination to visit, as in the proximity to the communities that make it up and the wealth they still maintain. Those same communities that have been suffering, in the name of a stressful and poorly paid job, a loss of identity and the expulsion from the neural centers of their towns called ‘tourist destination’, as if it were a bad move by the destiny. Well, now are those same communities that have taken the reins of their own destiny, those that do not intend to silence their disappointment with a Tourism that has robbed them of their own environmental, historical, social and cultural environment in a development at all costs – it is the case of saying it – in which the GDP has grown but not the real wealth and the happiness of the
receiving community. Today, that globalization is presumed dead, and points towards a glocalization process, in which modular networks of
economic, social and cultural proximity are built and they organize them selves following the semantic paths of the tourist experience, it is necessary to decolonize the creative imagery stock of the receiving communities, so that they begin to consider predominantly the active value of their opportunities for offering cultural exchange, rather than the pure globalized and undistinguishable entertainment. That is to say, to point towards that memorable experience in which the visitor leaves transformed by the fact of no longer being a visitor, but
one more member of the community and the location that he went to.
Networks of destinations and communities, as well as people, that intertwine, exchanging their roles and enriching each other through Tourism that does not visit, but lives in the destination town and that, through that experience, connects more and more locations between them-selves, making the network an increasingly solid and resilient substrate.
These were already, in part, the paradigms of sustainable Tourism for
those destinations and companies and people who have always believed that only in this way Tourism can enrich all its actors, and that today it assumes vital importance for both, sending and receiving communities, to internalize the complexity of sustainability as it is
set out through the 17 SDGs and the Agenda 2030 and, together, try to face
the perturbations that a world in full change are offering to us.